A Baker’s Dozen of Reasons You Should Be On Twitter

I'm going to tell you a secret. Twitter is not a silver bullet that will increase your sales overnight. But that doesn't mean you shouldn't be on it...

I’m going to tell you a secret. Twitter is not a silver bullet that will increase your sales overnight. But that doesn’t mean you shouldn’t be on it.

Ok, you say, so what is the point of Twitter? Advertising? Social sharing? Content publishing? News? My answer: all of the above.

A lot of marketing efforts treat Twitter as the digital equivalent of a billboard: a place to slap up a slogan and a few catchy phrases and pray someone clicks a link. I can’t tell you the number of times I’ve heard a variation of the following: “We just don’t see the value. We post something every day, but no one’s clicking. No one is coming from Twitter to my site and buying. I’m about ready to just delete my account altogether.” But this mindset undervalues what this versatile platform can do.

I’m going to tell you another secret: Twitter is useless if all you do is slap slogans up and don’t actually talk to people because at its heart, Twitter is about conversation.

Let’s switch gears for a second. Say you’re at a party and you meet Steve. Steve is really cool and you click. You’ve heard about how awesome Steve is before and brushed it off, but now you can see yourselves being friends. You talk about your shared love for burritos and rave about the new Mexican cafe down the street. Then you leave the party and forget all about Steve until two days later when he calls you up because he’s craving a burrito and it’s lunch time. Then every Tuesday becomes Burrito Tuesday with Steve.

This is a rather belabored metaphor for how Twitter works and can attract sales for you with Steve being a stand in for a potential customer. Now imagine if your entire sales team was on Twitter having conversations with their friends and contacts about topics related to your products and services. They’re staying top of mind with thousands of potential customers even if they not constantly promoting the product. Suddenly, the likelihood of their audience thinking of you first when they have a problem you can solve goes from 0% to a whopping 72%.

So how can you use Twitter to stay engaged in these conversations? I’ve put together a list of some of my favorite uses for Twitter, some with obvious benefits, some more indirect.

Twitter is a great way to feel the pulse of your industry and see developments as they happen. I’m just slightly obsessed with the publishing industry but since it’s practically non-existent in Mississippi, Twitter is my way to keep up with all the happenings.

Ever felt like you were out of the loop on some big news? News spreads fast on Twitter, so follow a few good sources and never be left behind again.

Marketing practices change overnight but by following some industry leaders like @buffer and @socialmedia2day you can adopt the best new practices for your business or your personal branding.

Don’t know what “on fleek” means? Neither do I, but I bet I can find out pretty quick on Twitter. In less pop culture terms, Twitter is awesome for seeing what real people are talking about and keeping your brand relevant.

Innovation is the name of the game for businesses today. With all the creativity on Twitter, you’ll never be short on great ideas again. Whenever I’m suffering from a particularly bad case of writer’s block, Twitter is sure to have something to inspire, whether it is news about current events, cool photos, or haikus.

One of the big benefits for brands on Twitter is being able to keep an eye on competitors without any subterfuge. Just follow their handle or cruise over to their feed occasionally to see what they have been up to. I do this all the time to keep up with other writers and publishing professionals.

Want to find others who are experts and thought leaders (we call them influencers) in your industry? A few searches can lead you right to them and from there, use your charm to interact. One of my favorite ways to do this is in Twitter chats. Open to everyone and removes the initial creep factor.

Couldn’t make it to the big, industry-wide conference this year? No worries; you don’t have to feel left out. There’s probably a hashtag you can follow. I couldn’t make it to #AWP2015 this year but felt like I was there anyway thanks to all the hashtags around the event.

Personal and professional development is one of the biggest hidden benefits of Twitter. As a lover of learning, I can spend hours going down the rabbit hole of link clicking to insightful articles, helpful how-tos, and even the occasional new resource (I can’t tell all my secrets, but there’s a lot stashed on the internet and Twitter is like the giant spider at the center of a web of real-time knowledge.)

On the note of learning, who needs Pocket and complicated RSS feeds and swipe files when you have Twitter? Just favorite something and come back to read it later.

Hopefully, customers buy from you because they see you as an authority with the best solution to their problem. But how do you show yourself to be an authority? By talking about what you know. Say you sell fitness supplements. On Twitter it would make sense to dive into discussions about exercise, nutrition, and healthy living. No, you’re not constantly talking about your product but by retweeting and replying to people who are interested in those subjects, guess who they’ll think about when they need a fitness supplement? That’s right, you.

A fun new way to make yourself an authority is now available through Twitter’s acquisition of Periscope.  Want to show off all the cool things your product can do, or maybe your team in action? Show it live on Periscope. You can blast out a link to your Twitter stream and have it show up on the Periscope home screen, or if you want to show some love to a few valued customers, privately invite a few friends to watch.

Bonus: These tips can seem like a lot of work (and seriously, who wants to scroll through all that in their Twitter feed anyway?), but with the magic that is Twitter Lists , all things become easy and even dare I say… convenient. For more ideas on using Lists, check out this Buffer post.

But I don’t know where to start, you say? Getting on Twitter doesn’t have to be complicated or awkward. Alex Blott over at MarkItWrite wrote a great post about “Ten Things I Wish I Knew When I Joined Twitter” that is a great starting place and can lay to rest some of your doubts while for true newbs Twitter has a good walk-through of how to get set up and get the most out of your experience. So what are you waiting for? Start tweeting! 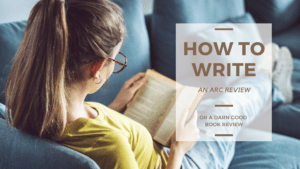 How To Write An ARC Review

Or A Darn Good Book Review I am so excited to be opening applications for my Advanced Reader Team this month! In celebration, I wanted 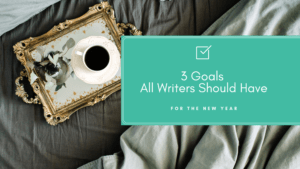 3 Goals ALL Writers Should Have For The New Year

I like making big claims, especially when I think I can back them up. Call it hubris. But I’m going to make a BIG claim

You’re only one step away from busting through those blocks.

Just pop in your name & email and I’ll shoot the 5 Five Fast Writing Block Busters right over to you!

Each week I send out advice on writing, creativity, and updates on my works in progress.