“As the South goes, so goes the nation… Stories set in the South should be recognized not as stories about a particular place and time, but as microcosms of the great crucible in which all Americans now labor in our ongoing struggle over the future of our country’s divided soul.”

Southern literature is undergoing a deep and long overdue renaissance right now that reflects the larger movements happening in our nation.

Some Southern writers bristle at the stereotypes heaped on the genre, pushing it to and past its previous limits; some don’t want to be called Southern at all; and some still insist that the genre no longer exists.

Despite Southern writers’ desire to be seen as hospitable, friendly, and (possibly) church-going folks, there’s a lot of darkness to deal with in the South, not only in our past, but in our current era.

The South has some of the highest rates of poverty, premature death, and homicide. In an area also leading in hospitality and charitable giving, this creates a dissonance ripe for literature, music, and art that has gained the South its reputation for creativity.

Many writers of the South feel the burden of our history— a sooty track of racism, class repression, and deeply rooted sexism—as something to overcome or preserve. Being Southern is something you’re thrust into, either by birth or circumstance, but at some point, you choose what it means to you and that struggle with identity is quintessentially Southern.

However, academic debates notwithstanding, Southern literature is alive and thriving today. You only have to look at sales of books like Where The Crawdads Sing by Delia Owens and The Hate You Give by Angie Thomas to see that.

And while the romanticized plantations might be slowly fading, a new and diverse body of work is emerging to fill the page.

A very incomplete guide to Southern life would include:

I could probably add a dozen more, but you get the picture.

Slavery in the South

I would be remiss to not address our country’s deepest wound.

The history of the Deep South is tightly connected with slavery and is easily spotted in many of our “classic” works. Many books during the slavery and reconstruction periods directly criticized or supported (or romanticized) slavery.

A large number of today’s Southern works grapple with white supremacy and class division brought about by this legacy.

Because of our history, even best-sellers make big missteps when it comes to race. Both To Kill A Mockingbird by Harper Lee and The Help by Kathryn Stockett suffer from the magical negro stereotype—white saviors mining black voices to show their version of justice.

Some of the deepest frisson in Southern literature today explores the tensions of white supremacy waking to the extent that this evil has created a historical system of benefit and abuse. As they begin to examine the wrongness of the way things have “always been done,” this new awareness of their internalized entitlement forces them to change even as other forces tell them they’ll “lose.”

As Black voices begin to take the forefront in Southern literature a clearer depiction of these lives is coming into view through stories like An American Marriage by Tayari Jones and Sing, Unburied, Sing by Jesmyn Ward.

You’ll notice that I very specifically don’t delve into the grotesque or macabre when talking about Southern literature. Those are more appropriate elements of Southern gothic literature, and I will talk about them more in another post.

Stories of the South

Storytelling is the tradition of the South; it’s the tradition we grow up in. Family gatherings and dinner-time talks are often spent competing to see who can tell the better story or funnier joke. And when storytelling runs in your blood, it causes you to examine the things around you and question what’s really going on in your house.

I’ve listened to stories being told again and again, each time more refined than the last so that the punchline lands a little harder, the point a little sharper.

Such intense concern and pleasure with language naturally translates to the page. Southern works can often be read just for the pleasure of the sentences. The slow cadence, elevated diction, and alliterative rhythm of a rural voice in command of the line verges on homespun poetry.

With such a tradition, it’s no wonder that the South produces such a large volume of authors.

PrevPreviousDidn’t Buy The Book On Amazon? How You Can Still Leave A Review
NextGirls Day Out In: Cleveland, MississippiNext 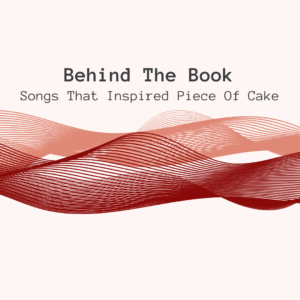 Behind The Book: Songs That Inspired Piece Of Cake

When I’m writing, some books sweep me away right from the beginning. Other books give me just a peek at what they might be before 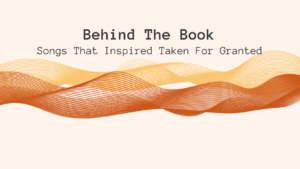 Behind The Book: Songs That Inspired Taken For Granted

Getting into my characters’ mindsets helps so much when I’m writing. Who wants to read a story where the MCs make whacky decisions? One of