Connecting Over Board Games

A non-writerly fact about me? I love board games!

But as my husband will tell you I have an *ahem* competitive streak. Which is fun for me, and not so fun for more laid-back players. ‘Tis a problem.

Recently, I’ve made it a goal to find games that are more about enjoying the experience together and less about kicking a**. And I want to share my top ten experiential board games to jazz up your next night in (which, face it, is practically every night right now.)

While a couple of these games are still a teensy bit competitive, they rate on the lower end of the “must win at all costs” scale and veer towards “this is a cool game” end of the spectrum. I hope you enjoy!

*These are affiliate links- but you don’t pay any extra! However, all of these games can easily be found with a quick search.

This is the ultimate in immersive, cooperative RPG tabletop games. Get plenty of snacks and drinks ready because you will be playing for a whiiiile with this game! There are a ton of missions you can purchase with this game, but each one revolves around being a group of time agents thrust into a unique situation and having to work your way out. It’s like a cross between D&D and an escape room and I am here. for. it. (This game isn’t a great fit for little kids, but works well for adults and teens.)

Most people know this as a writing prompt tool, but there are several storytelling-based games included in Storymatic’s guide. Great for a low-key evening of banter and wacky creativity. There is also a Storymatic Kids if you want to get everyone in the family involved.

This beautiful, zen-like game is similar to a deck builder as you focus on growing (and winning) the gorgeous flowers in your communal garden. There is a pleasing amount of strategy in this game but it moves simply and quickly enough to prevent frustration.

From the creator of the immensely popular Strange Planet cartoon, this hilarious and fun tabletop game offers opportunities to play cooperatively- or strike out on your own! Your reward: Sweet Disks, of course. Oh, and maybe not perishing.

This is a great two-player game with a chess-like strategy. As you manipulate your insect tiles around the playing area, you try to surround your opponent’s queen bee- while protecting your own. Games are quick and simple. My favorite thing about this game is its portability- you can take it with you!

These board games combine the fun of Pops! Collectibles with the brilliance of a board game you can play four different ways. One game can make for a whole evening of fun- and you can mix & match sets! My favorites are the Jurassic Park 4-Pack and 2-Pack. Because who doesn’t love dinosaurs?

What Do You Meme?

WDYM had become a staple at our board game nights in the “before times.” With tons of add-on packs to keep you hilariously up-to-date, you’ll never stop laughing over this game. Since the point is to make each other laugh, winning seems like a fun bonus instead of an end-all-be-all with this great card game.

Another of our board game night staples from the creators of What Do You Meme, the hubbie and I have discovered that this hilarious update to “hot potato” can be modified for two people and not just a group. This is a game of pure chance- so it’s all about hilarious one-upmanship. Whether you want the Kid-Friendly version of this game, or a NSFW set, Exploding Kittens is one of our faves.

I’ve included Boss Monster on here because it is so much fun to play! In this exciting card game, you play AS the monster trying to build up an enticing dungeon to lure in hapless heroes. Once everyone has a chance to learn the rules, newbies can hold their own against deck-building masters, making this a fun and creative game with plenty of expansions.

Ok, so this one is all about competition. But I added it to the list in the final spot as a great way to get out some pent up energy. Put away your breakables, designate a large play area and get ready for some hilarious dodgeball-esque antics with cute squishables. Things are about to get messy. 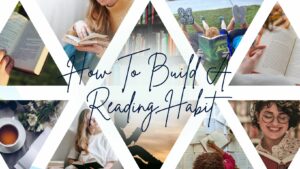 How To Build A Reading Habit

“New Year, new me!” Ahhhh…. come January I will set some lofty goal for myself to accomplish. Maybe I want to be able to run 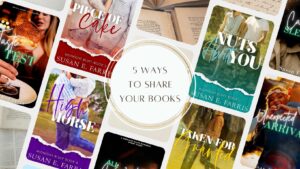 5 Ways To Share Your Books Whether you’re an avid reader or a dedicated writer, many of us book lovers have, at some point, found